It is a natural and very nutritious product. Fat containing between 40-50% is rich in unsaturated fatty acids. Their protein content ranges from 30-40% and they have the highest iron content of any other type of seed. They also contain vitamins E and C. A handful of pumpkin seeds provides 154 calories (kcal). Studies have shown that pumpkin seeds have a calming effect on prostate problems while normalizing the function of the urinary system.

Pumpkin seed or pasatempo is an excellent snack with great health benefits. The word pasatempo is idiomatic and comes from the Italian words passo + tempo (= passage of time), meaning "I spend my time". Due to its very low price, it was the most popular snack of the largest percentage of people with low incomes during school hours, such as public evening parties in summer cinemas, and even in the first years of television viewing in Greece. This fact has given the word several metaphorical meanings, mainly the meaning of easy cheap daily continuous use, as well as its frequent reference to everyday expressions and folk songs.

But let's see why pasatempos are a very healthy choice, as long as they are consumed raw and unsalted.

1. The magnesium contained in pumpkin seeds benefits the heart
A cup equal to περιέχει contains almost half the recommended daily allowance of magnesium, which contributes to a wide range of important physiological functions including the production of ATP (adenosine triphosphate), RNA and DNA , heart rate, proper bone and tooth formation, relaxation of blood vessels and proper bowel function.

Magnesium has been shown to benefit blood pressure and help prevent sudden cardiac arrest, heart attack and stroke. However, 80% of Americans are deficient in this important metal.

2. The zinc they contain strengthens the immune system
Pumpkin seeds are a rich source of zinc (30 grams contain more than 2 mg of this beneficial metal). Zinc is important for the body in many ways, as it strengthens the immune system, cell growth and division, helps sleep, mood, sense of taste and smell, eye and skin health, regulates insulin and sexual function in men.

Many people are deficient in zinc due to soil deficiencies, the effects of medications, plant-based diets and other high-cereal diets. This deficiency is associated with increased rates of colds and flu, chronic fatigue, depression, acne, low birth weight, learning disabilities and poor school performance in children.

3. Passatempos contains vegetable omega-3 fatty acids
Raw nuts and seeds, including pumpkin seeds, are one of the best sources of vegetable omega-3 fatty acids (alpha-linolenic acid or ALA). We all need ALA, but ALA needs to be converted by our body to the much more important fatty acids EPA and DHA - an enzyme that in the vast majority of people has been reduced due to high insulin levels. So while pumpkin seeds are an excellent source of ALA, it may be important to get some of the omega-3 fats from animal sources, such as krill oil.

4. Contribute to prostate health
Pumpkin seeds have long been considered an important natural food that enhances men's health. This is partly due to their high zinc content, which is important for prostate health (where it is at its highest concentration in the body) and also because pumpkin seed extracts and oils are likely to play a role in the treatment of benign prostatic hyperplasia (BPH). Research has shown that both pumpkin seed oil and pumpkin seeds are especially beneficial in enhancing prostate health.

5. They have anti-diabetic action
Animal studies have shown that pumpkin seeds help regulate insulin as well as prevent complications from diabetes by reducing oxidative stress.

8. They contain tryptophan, which enhances restful sleep
Pumpkin seeds are a rich source of tryptophan, an amino acid (building block of proteins) that our body converts to serotonin, which in turn is converted to melatonin, the "sleep hormone". Eating pumpkin seeds a few hours before bedtime with carbohydrates, such as a piece of fruit, can help your body produce the tryptophan needed to produce melatonin and serotonin, which will help you sleep better. 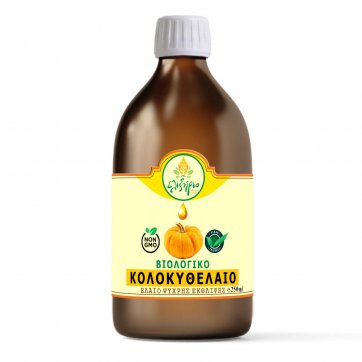