Tincture of Nettle
Nettle tincture is used for those who suffer from allergies, since it has antihistamine properties.
It contains iron, immediately absorbable by our body due to the presence of vitamin C and the simultaneous absence of oxalic acids.
✅Packaging: 50ml with dropper
✅Greek Product
WHY SHOULD YOU TAKE THE NETTLE Tincture:
Nettle is extremely beneficial for the human body and we can consume it in many ways. But if we want to receive concentrated its benefits, then you should use its tincture.
Nettle herbal drops are the extract of its leaves that provide the body with its beneficial properties directly and more effectively.
They retain all their active ingredients.
They are simple to take and completely natural.
It is considered one of the best and most effective ways to use herbs.
Product origin: Greek wild Epirotian nettle
CAUTION!!!
This nettle tincture is the only Greek tincture made from fresh leaves.
So the end result is more effective compared to other tinctures on the market that have been prepared from dried import leaves.
NEW MIX
TASTIER!
MORE EFFECTIVE!
WATER SOLUBLE!
See its benefits in the tab: Properties & benefits
See how to use it in the tab: How to use it

What are its healing properties?
Diuretic
It is used to treat nocturnal enuresis. Due to its ability to dissolve uric acid, it is valuable in cystitis and cholelithiasis.
Astringent
Gargles control mouth infections, canker sores, gingivitis and sinusitis. It helps with hemorrhoids and dysmenorrhea.
In the digestive system
It helps with diarrhea and various intestinal problems.
Countercurrent
In some cases of rheumatism and arthritis, the use of the plant can bring spectacular results. It reduces the possibility of rheumatism.
Tonic
It contains many natural salts and minerals, which do not burden the body. It benefits mental clarity.
Hematopoietic - anti-anaemic
Extremely and proven beneficial against iron deficiency anemia.
Vascular function
It helps to improve the functioning of blood vessels.
Lactation
Increases the flow of breast milk during breastfeeding.
What does nettle contain?
The nettle contains a set of antioxidants namely: flavonoids, lycopene, betaine and beta-carotene, which fight free radicals which are harmful to our health.
The nettle contains vitamins of the B complex (B1, B2, B3, B5, B9) which strengthen the nervous system.
It contains trace elements that are essential for the body such as zinc, selenium, phosphorus, manganese, potassium, etc.
It contains a large amount of vitamin C, which stimulates the immune system, contributes to wound healing and enhances the absorption of iron.
The nettle contains iron immediately absorbable by our body due to the presence of vitamin C and the simultaneous absence of oxalic acids.
It has an anti-inflammatory effect since the nettle contains histamine.
It contains calcium and vitamin K which contribute to bone health. In addition, vitamin K also plays a role in blood clotting.
Nettle is used as a diuretic and laxative.
It contains secretin, which contributes to the production of insulin and is particularly useful for diabetics.
Another important property of the nettle concerns women who face gynecological problems such as irregular menstruation, intense pain and heavy flow.
It provides the necessary minerals to the body and thanks to iron and folic acid, it can be used to strengthen cartilage in people suffering from arthritis or rheumatism, especially during menopause.
Finally, Nettle is known for its tonic and anti-asthenic properties and, thanks to its iron content, it is a very good supplement for people with anemia.

Dosage: 10 herbal drops in a glass of water, 1 time a day.
Recommended use at least one month.
Content: about 1150 drops.
Sufficient for: About 4 months (with a dosage of 10 drops per day).
caution
The above presentation of the plant is in no way a prescription.

The information given about the herbs and their properties has been drawn from books, botanical literature and research.

Expert advice is essential before using the plant, especially if you belong to a vulnerable group or take medication.

Do not use herbs during pregnancy, or in combination with other medications or even supplements without the opinion of a specialist. 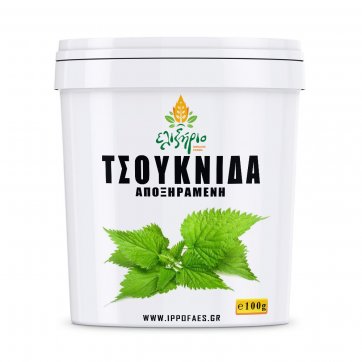