Nettle is an herb with a multitude of vitamins (A, B C), iron, chlorophyll.
It is considered to help:

What are its healing properties?

Diuretic
Used to treat nocturnal urination. Due to its ability to dissolve uric acid, it is valuable in cystitis and gallstones.

In the digestive system
Helps with diarrhea and various intestinal problems.

Antirheumatic
In some cases of rheumatism and arthritis, the use of the plant can bring spectacular results. Reduces the chance of developing rheumatism.

Stimulant
It contains many natural salts and minerals, which do not weigh down the body. It benefits mental clarity.

Hematopoietic-antianemic
Extremely proven to be effective against iron deficiency anemia.

Dairy
Increases the flow of breast milk during breastfeeding.

What does the nettle contain?

Nettle contains a set of antioxidants, namely: flavonoids, lycopene, betaine and β-carotene, which fight free radicals that are harmful to our health.
Nettle contains B-complex vitamins (B1, B2, B3, B5, B9) which strengthen the nervous system.
Contains trace elements that are essential for the body such as zinc, selenium, phosphorus, manganese, potassium etc.
It contains a large amount of vitamin C, which stimulates the immune system, helps heal wounds and enhances the absorption of iron.
Nettle contains iron that is directly absorbed by our body due to the presence of vitamin C and the simultaneous absence of oxalic acids.
It has anti-inflammatory action since nettle contains histamine.
Contains calcium and vitamin K which contribute to bone health. In addition, vitamin K plays a role in blood clotting.
Nettle is used as a diuretic and laxative.
It contains secretin, which contributes to the production of insulin and is especially useful in diabetics.
Another important property of nettle is for women who have gynecological problems such as unstable menstruation, severe pain and heavy flow.
It provides the necessary minerals to the body and thanks to iron and folic acid, it can be used to strengthen cartilage in people suffering from arthritis or rheumatism, especially during menopause.
Nettle is known for its tonic and anti-inflammatory properties and, thanks to its iron content, it is a very good supplement for people with anemia. 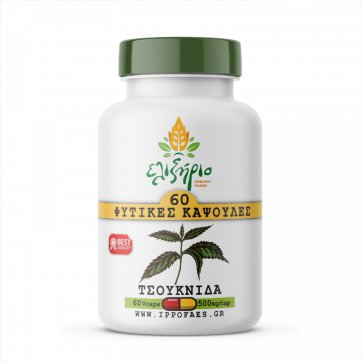 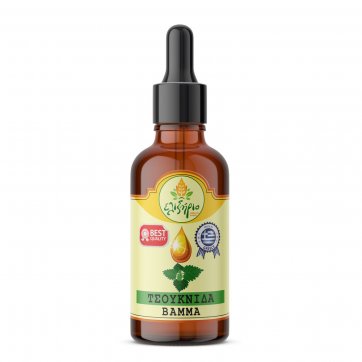