Balm for body and soul
With properties that make it one of the most important medicinal herbs for humans, balsam has been known since antiquity for the effective treatment of dermatological problems, wound healing and strengthening the immune system.
Nowadays, however, it is one of the most researched herbs with particularly encouraging results in the treatment of mild to moderate depression and other mental and neurological disorders.
See its benefits in the tab: Properties & benefits

WHAT YOU NEED TO KNOW ABOUT ITS PHARMACEUTICAL USE
The most important active ingredient in balsam is hypericin, which is found throughout the plant, but in greater concentration in its flowering tops.

It also contains flavonoids (16% in the leaves), xanthones, phenolic acids and traces of essential oils (0.13%).

What are its properties?
Antidepressant, sedative
Medical research has shown an efficacy similar to that of anxiolytics for anxiety, nervousness, mild to moderate depression. Its effect is felt after three months of systematic taking.

Emmenagogue
Menstrual regulator. Relief of organic and psychological symptoms associated with premenstrual syndrome and menopause. Soothes the spasms of the period.

Diuretic
Helps with problems of the gallbladder, gout and urinary system.

Stimulant
For people with impaired recovery and jaundice. The infusion significantly stimulates the immune system.

Balsam and AIDS
Based on the results of recent studies, balsam grass can help treat herpes simplex, chronic fatigue syndrome and AIDS. Patients with AIDS who accepted treatment based on, among other things, balm, said they felt more optimistic, with more energy and less fatigue.

THE OPINION OF THREE DIFFERENT DOCTORS.

THE OPINION OF THE PSYCHIATRIST
According to K. PETRO SKAPINAKI, LECTURER OF PSYCHIATRY OF THE MEDICAL SCHOOL OF THE UNIVERSITY OF IOANNINA, hypericin, based on valid international scientific researches, has an effective anti-inflammatory and anti-inflammatory effect. Hypericum is of particular scientific interest because it is perhaps the only plant substance with antidepressant properties, unlike the rest, which are purely chemical. In our country, anyone can buy it without a doctor's prescription. Also, the funds do not provide it, unlike, for example, in Germany, where it is widely prescribed by doctors and provided to patients with insurance coverage.

THE OPINION OF THE HERBAL THERAPIST
One of the most useful herbs for human health characterizes the balsam grass THE HERBALIST-HOLISTIC DOCTOR K. XENOFIN MAGNIS. It is widely used in herbal medicine to treat problems of the central nervous system (eg stress, depression) and skin, as well as to strengthen the immune system.

THE PHARMACIST'S OPINION
With proven effectiveness and scientific acceptance internationally, St. John's wort, according to the PHARMACIST K. YANNA PERGANTA, is an herb with many healing properties. It is one of the few herbs in the world that has been studied so thoroughly.

Methods of preparation - Dosage
Infusion: in a cup of boiling water pour 1-2 teaspoons of dry herb and leave it for 10-15 minutes. The drink should be drunk three times a day. 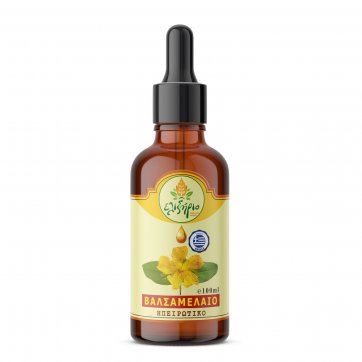 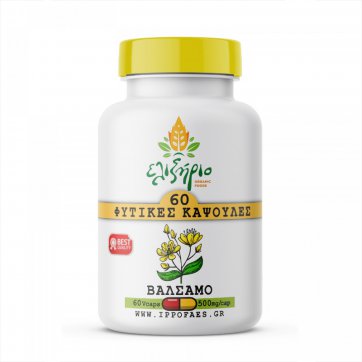