Curcumin and Piperine in Herbal Capsules
Dietary supplement with the spice that fights inflammation and is the best for the joints.
Do you notice a malfunction in your digestive system and your joints do not function as before?
Your mental performance has dropped and you no longer have energy?
A natural ingredient that can help you is turmeric!
It is considered the most effective spice in the world and many scientific studies have proven its effect on the proper functioning of the digestive system, joint health and mental functions.
Product Notified to EOF
No. Γνωστοπ. 114404 23/11/2021
Date Expires: 07/2025

NEW PRODUCT WITH MOST DRASTIC CURCUMINE
This product contains an extract of Turmeric (curcumin) and pepper (piperine) and not a simple turmeric and pepper powder that you find on the market.
ΗWhat is the difference between Common Turmeric and Curcumin?
The active ingredient we need from common turmeric is curcumin. But common turmeric powder contains a very small percentage of curcumin. This herbal capsule contains turmeric extract with a high percentage of curcumin !!!
The same goes for piperine.
ΝαWhy should I take Curcumin in combination with Piperine?
Because the consumption of curcumin together with piperine, increases the absorption of curcumin by 2000% !!! while piperine also has anti-inflammatory properties.
Curcumin and piperine are more potent when taken at the same time.
Packing:
✅30 herbal capsules
✅300mg / Capsule (285mg Ext. Turmeric & 15mg Extract Pepper)
Dosage: 1 capsule per day
.The capsule shell is vegetable
The product is manufactured in Greece with the following Certifications:
PMGPM / ISO 22000 / ISO 9001 conditions
With DIO certifications
Permission from EOF
Permit from the Ministry of Rural Development
Permit from the Ministry of Food
Permission from the Ministry of Health
✅FDA APPROVED
.Raw materials from award-winning growers and approved by the US Food and Drug Administration (FDA approved).
ΣυσκευPackages according to EFSA are used in the packages.
✅Vegan
ONNON GMO (without genetically modified ingredients)
✅Microbiologically tested

Do not exceed the recommended daily dose

This product is not intended to prevent, treat or cure any human disease. Consult your doctor if you are pregnant, breast-feeding, on medication or have health problems

Keep out of the reach of small children

JOINT HEALTH
The anti-inflammatory properties of turmeric have a positive impact on the health of joints and bones. Certain types of joint pain are known to be caused by inflammation in the joint tissue. Turmeric has been used effectively to treat all types of osteoarthritis, rheumatoid arthritis and joint pain.

BRAIN HEALTH
Curcumin nourishes and protects the brain in various ways. It is a powerful antioxidant that easily crosses the blood-brain barrier to protect brain cells from free radical damage. Curcumin can increase levels of brain-derived neurotrophic factor (BDNF), a protein that stimulates the formation of new brain cells.

ANTIOXIDANT
Curcuminoids are very effective in removing free radicals and neutralizing them. Turmeric is also believed to have the ability to prevent the growth of free radicals. This drastically reduces the risk of disease and cell damage caused by free radicals.

SKIN HEALTH
Curcumin has antioxidant, anti-inflammatory, antiviral, antibacterial, antifungal action in terms of its effect on skin health. Curcumin has been used to treat problematic skin conditions - it heals and rejuvenates various types of skin wounds.

nervous system
Turmeric helps control superfluids and soothes them. It is also now proven that turmeric is a good antispasmodic. Turmeric is also known as an anti-ischemic agent. Thus, taking turmeric helps regulate the blood supply to the peripheral nerves, which leads to their proper functioning.

DEPRESSION
Curcumin is thought to work by boosting two major neurotransmitters associated with depression, serotonin and dopamine. As a bioactive compound in turmeric, it can cure depression, anxiety, brain aging and more. Another way that curcumin affects depression is by reducing inflammation in the brain.

CARDIOVASCULAR HEALTH
Curcumin improves the function of the endothelium, which is the lining of blood vessels. It is well known that endothelial dysfunction is the main driver of heart disease and includes the inability of the endothelium to regulate blood pressure, blood clotting and various other factors.

Take one capsule daily with a glass of water or juice along with breakfast.
People with difficulty swallowing can open the capsule and mix the contents in water or juice.

Products that are dietary supplements are notified to the National Medicines Agency.
Do not exceed the portion of a supplement without the advice of your doctor.
Do not exceed the recommended daily dose
Dietary supplements should not be used as a substitute for a balanced diet
This product is not intended to prevent, treat or cure any human disease. Consult your doctor if you are pregnant, breast-feeding, on medication or have health problems
Keep out of the reach of small children
Poison Center Telephone: 2107793777
Traffic Manager:
Barbas Filippos - Kimon "ElixirO"
Konitsa, Ioannina - 44100
Store in a dry, shady and cool place (<25◦C) 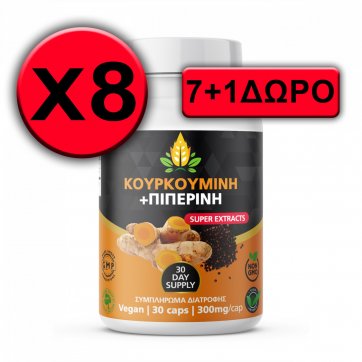